A Day of New Food! 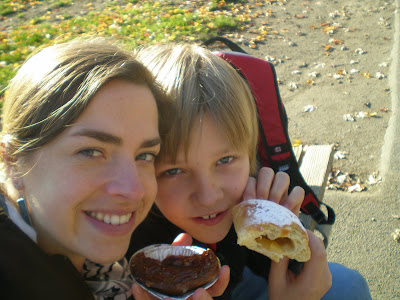 Yesterday I was delighted to discover that my 12 year old nephew and I share many of the same tastes in food!

The day began with me introducing him to Smoked Tofu... 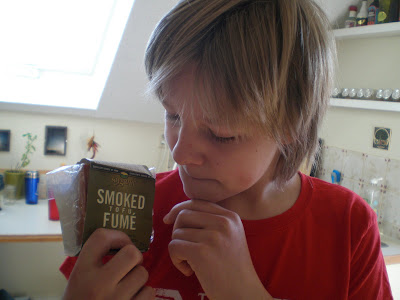 ...and turns out he liked it. And so, we made our sandwiches for the day with Smoked Tofu, Deli Sprouts (which he had also never tried, but liked!), Dijon Mustard and Extra-Aged White Cheddar--all on Uprising Bakery Sprouted Grain Bread. 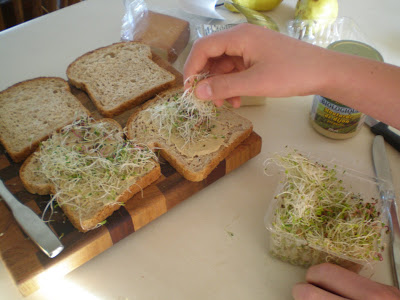 Jase claimed it was the best sandwich he had ever had (which I did not force him or bribe him to say). I suspect he has a future as a foodie, which pleased me to no end.

After we made our sandwiches, we collected autumn leaves and took a gigantic skytrain tour 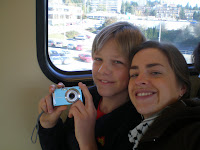 . We ended up at Commercial Drive, where Jase said he'd enjoy exploring a cheese shop...hello La Grotta del Formaggio, the coolest Italian cheese shop in town! We chose a Lemon Stilton and an Applewood Smoked Cheddar and got a foccacia to go with it. (Jase especially loved the lemon stilton, and we had it in our salad later that evening).

We passed by Elizabeth's Hungarian Bakery, where Jase chose something he had never tried before (an Apple Danish with sugar powder on top) and I opted for the pecan tart.

Being so close to Grandview Park on a lovely day, we planted ourselves on a bench and ate our picnic: the smoked tofu sandwiches, the cheeses and the desserts (which we are eating in the photo at the top of this post). 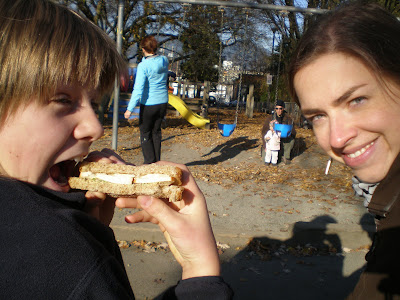 To top it all off, we stopped at Sunshine Market on the way back to my place where Jase suggested we try some chestnuts. Another new food experience! Because I could not find the nutcracker, Jase promptly figured out how to get at the meaty chestnut deliciousness by hammering them with the blunt end of an axe. That motivated me to find that nutcracker real fast. 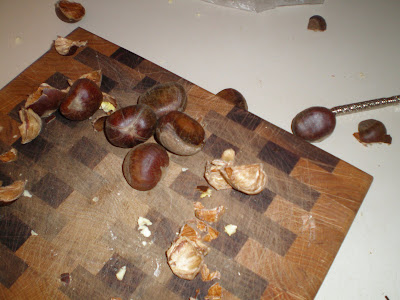 Jase just reminded me that we have some more chestnuts we could smash and eat, so I'm gonna wrap this up and go chow down.

This looks like such a lovely day, which a very lovely young man! (I had the pleasure of meeting Jase so I can say that). When I saw your post about chestnuts I had to comment...Vince and I had chestnuts last night too! They are a frequent nibble at my parents house and are simply divine when roasted over the open flames of a fireplace. All you need is a pan with holes in the bottom. When they're done you can smash the shell and it'll just pop off! Mmm!