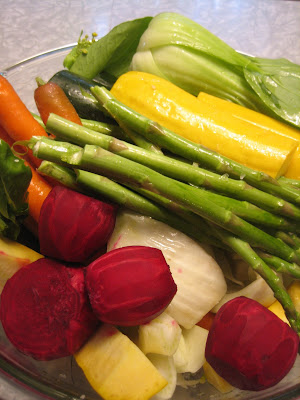 I'm delighted to say I cooked tonight! Yay, finally. It's been so long.

The theme for tonight's dinner was simplicity, but it goes without saying that deliciousness is also a requirement. I decided put my own spin on a couple of Epicurious recipes, which sounded nice: Grilled Vegetables with Mixed Greens and Blue Cheese Dressing and Savory Summer Tarts. 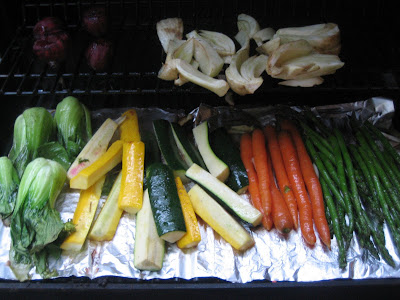 I decided that I needed the veggies to be even simpler. I cut out the blue cheese dressing all together, and seasoned simply with salt and olive oil. I used:
For the tarts, I kept things simple again. I used my tried-and-true vodka crust recipe from Cook's Illustrated. Essentially, you substitute half the water for vodka and add a bit more liquid that you would ordinarily. The vodka lets the dough get wetter without the risking toughness. It's really quite genius. The result is flaky, light, and delicious.

Instead of filling the tarts with several options, I kept to something basic: grape tomatoes, basil from my herb garden, and goat's cheese. The results was delicious. 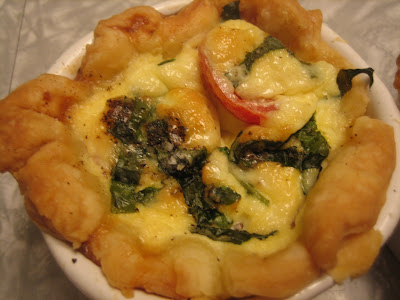 And we washed the whole meal down with a lovely New Zealand Sauvignon Blanc, which I would definitely buy again. It was about $25, and its veggie, grassy notes were the perfect complement to our herbivore's feast.

I hope you try this combo for yourselves sometime. Yum. 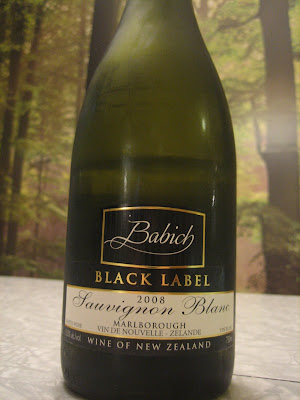 Gorgeous pics! Delicious eats! Can't wait to chow down with you next week!

Claire, you are just way too sophisticated! :) sounds delicious

Thank you, my dears!

Now is that Jesse Bundon?