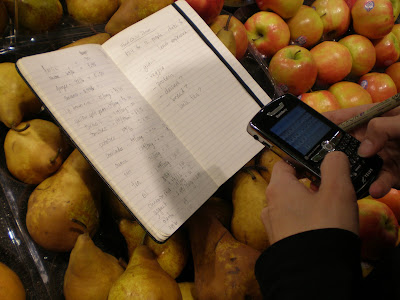 This Mother's Day, and in honour of mothers, we hosted a food event designed to help us make a little go a long way, in the hopes of cultivating mindfulness and showing a small gesture of solidarity during this time of global food crisis.

This is not far removed, people, these are our friends and neighbours. 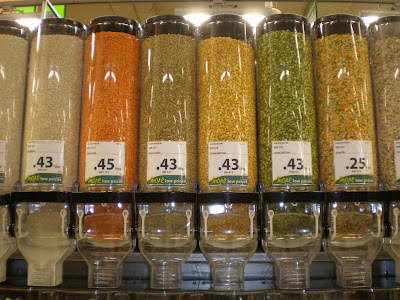 So what did we do? Here's an exerpt from the email I sent out to a group of friends:

"How about an evening of solidarity? A team of us (myself, Cristina, and Claire) will go shopping for a meal that people contribute a mere $2 for. So, if 10 people want to participate, we take $20 and try to prepare a meal for 10 with that budget for example. We could try to make it as delicious as possible, and I suspect we all might be frustrated by the limitations, which is okay too. We can take this as a challenge, and learn how to eat well during this approaching food crisis! We were also thinking, if you'd like, to opt to pay $10, and we'd donate the remaining $8 to the foodbank or another worthy cause."

We ended up with 12 people committing to dinner, and therefore $24 to work with. I was pleased to do most of the photo-journalism while two of my favourite chefs did the food planning, calculating and preparing :). That is to say, Claire, Cristina and I brainstormed some options of what to make, emptied our wallets of everything except $24 in cash (no plastic for back-up!), and then hit the aisles of Save-On-Foods and their impressive Bulk Food section. 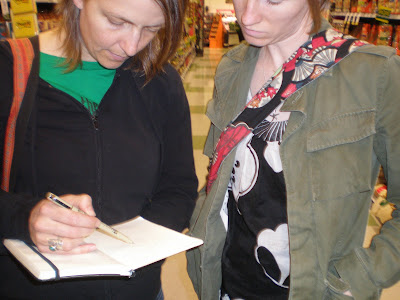 I'm sure this is no surprise to anyone, but we quickly discovered that rice, a legume-style protein and some sort of cheap vegetable dish would be our best bang for buck. We meticulously weighed out 1500g of rice...I was advocating for 100g per person, plus a little extra in case we had unexpected guests. The rice amounted to just under $4.00 at 25 cents per 100g. Next, we chose dried yellow peas at 43 cents per 100g (compare to red lentils at an outrageous 45 cents per 100g!). So we got about 800g for $3.35. We were doing well with our staples, so we hit the veggie section before we got attached to any particular spices or other "frills"... 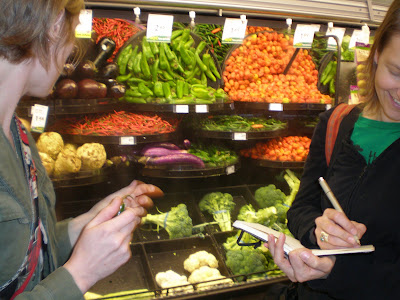 As you can see there was hardly a moment where Cristina was not calculating, Claire was not weighing and comparing, and I was not lustfully eyeing the bulk-chocolate section... 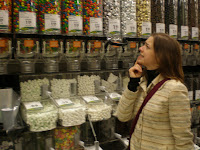 Anyway, we realized, after all this precision, that we had the budget for a curry inspired by one of Claire's favourites, potatoes in spicy tomato yogurt sauce. We could scarcely believe we had room in our budget for yogurt, but we did find some good stuff on sale, and actually it wasn't even much of a stretch to squeeze the $3 product in there. We were suspecting by now that $2 a person was actually rather generous.

After these decisions, we reached Claire and Cristina's playland: the spice section (Please hold your references to "Girl Power"... Okay, they do kind of remind me of Sporty and Posh). 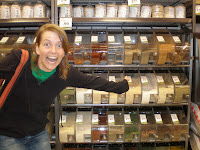 We acquired the necessary spices...cumin, coriander, serrano (don't ask me), sea salt, a cinnamon stick, cardamon pods and so on. Most spices amounted to less than 30 cents each. Those that Claire had at home, we budgeted for, but did not buy. In other words, we did not give ourselves the liberty to just raid Claire's spice rack, each spice used had to be accounted for in the tally. We also did this for the oil (we allowed ourselves $2 worth of oil). I was very strict about no cheating by adding flavours randomly. Just ask the Spice Girls.

In the end, we even had enough for 7 bulk-section teabags, and 3 apples for dessert! Our final total was right around $23.65 (I say "around" because the calculating of the cost of each spice was determined once we got back to Claire's).

This is what we were working with... 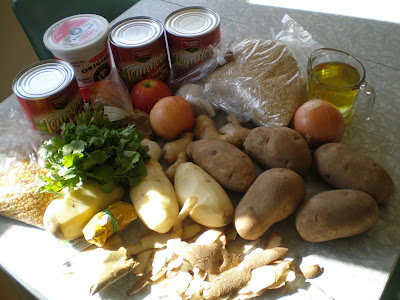 ...here is our triumphant receipt and math scribbles to prove it... 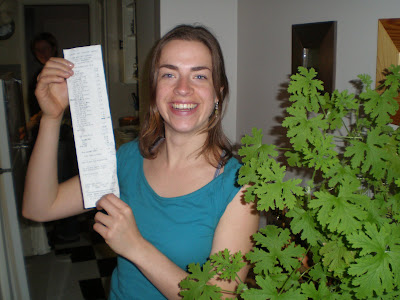 ...and this is the delicious (and ample) meal that resulted... 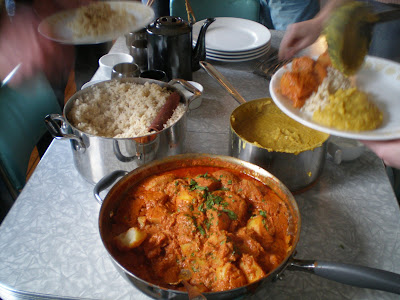 Before we began eating, we reflected on how the food crisis is affecting much of the world, including ourselves both directly and indirectly. I read from Pema Chødrøn's Practicing Peace In Times of War: "What I'm advocating here is something that requires courage--the courage to have a change of heart. The reason this requires courage is because when we don't do the habitual thing, hardening our heart and holding tightly to certain views [and ways of living], then we're left with the underlying uneasiness that we were trying to get away from. Whenever there's a sense of threat, we harden. And so if we don't harden, what happens? We're left with that uneasiness, that feeling of threat. That's when the real journey of courage begins." (p. 28-29).

I guess I felt like sitting with my affluence and my privilege in the midst of this food-shortage makes me uncomfortable in a profound way, and I want that feeling to change me, and make me a more compassionate person on this planet.

So everyone ate until they were full, and we had $100 to put towards a good cause (which I am in the process of wiring to our friend Bart in Kenya, who is helping run a lunch program for kids there). And look, we even had left-overs... 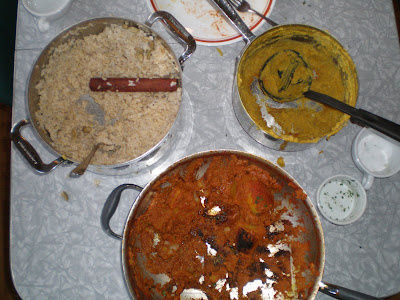 We realized the real challenge would probably be to feed that many people on 50 cents a person. Or to buy only local, or only organic. We decided there were probably many themes that would challenge us to create more mindful meals. I know I learned a lot, particularly from the shopping experience, and I already feel like I am observing my $7 wedge of asiago cheese with suspicion. (Can it really go the distance for me?...oh, but its taste! How I crave it, like an unsuitable crush!)

I like the photo of the Blackberry doing our budget calculations. Ha! We're a very lucky bunch of Westerners.

It was a great exercise, and kudos go to Catherine, the genius who conceived of this idea!

I think the most meaningful part of the experience for me was the shopping. The budget is a limitation that requires a lot of creativity, energy, and patience to combat. I hope someone else will step up to the plate soon with a new foodie challenge.

Is this thing on? People, where are your comments????